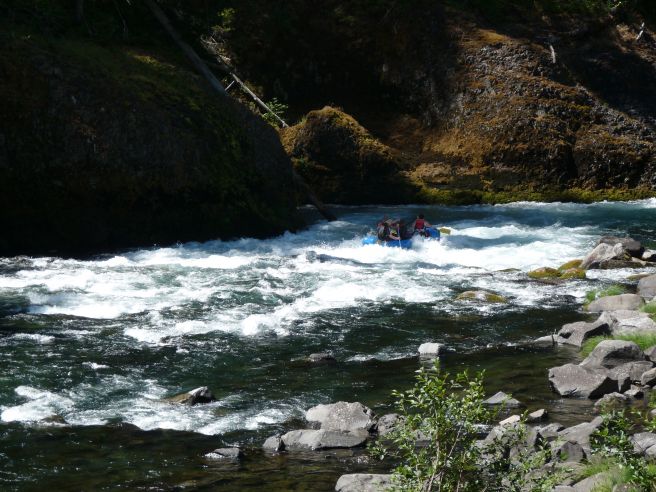 The Obama Administration took decisive action in adopting a 20-year ban on new mining for over 100,000 acres of public lands in the Wild and Scenic Illinois, Rogue, and Smith River watersheds and in portions of Pistol River and Hunter Creek in Southwest Oregon.

The protected area is a part of a vast, wild, largely roadless and globally unique environment bordered by the Pacific Ocean and wilderness area that is home to one the highest concentrations of Wild and Scenic Rivers outside Alaska. These rivers have some of the strongest runs of salmon in the lower-48, provide clean drinking water to downstream communities and support outstanding boating, hunting and fishing.

The action by the U.S. Forest Service and the Bureau of Land Management follows years of robust public involvement, including overflowing local public meetings where over 750 people showed up to support the mining ban and comment periods that generated over 50,000 comments in support of protections for these wild rivers.

Dept of the Interior announced the protection of the #SmithRiver and #IllinoisRiver in the #KalmiopsisRivers region of #OR and #CA from new mining claims.CLICK TO TWEET

Thank you to our coalition of local, state and national advocates who have worked tirelessly to protect this area and especially the Klamath Siskiyou Wildlands Center, Kalmiopsis Audubon, Native Fish Society, Friends of the Kalmiopsis, and the Smith River Alliance.

An extra special thank you goes out to Senators Ron Wyden (D-OR) and Jeff Merkley (D-OR) and Representatives Peter DeFazio (D-OR) and Jared Huffman’s (D-CA) who have been incredibly dedicated in their years of work (in the case of Wyden and DeFazio two decades) to protect these special watersheds from industrial strip mining.  Their bill, the Southwest Oregon watershed and Salmon Protection Act, was the original impetus for the agencies action today. Needless without the endless pressure endlessly applied by these champions of wild rivers this would not have happened.

And thanks to all of you, who sent in letters, called and contacted Congress on social media. It’s through your support that we were able to get this accomplished.

Unfortunately the ink isn’t even dry yet and the American Energy and Mining Association has already called on Congress, including a U.S. House that has already taken action to speed the sale of our public lands, to reverse these protections from mining despite the strong support from local communities and Oregonians of every political stripe.

We will have to remain vigilant to protect these unique, wild rivers, but today we should celebrate!